This thread is for solutions to the most common problems with the Bubble Now XL machines. If your machine is not working and none of these suggestions have helped, call Fresh Headies at 1-866-635-8464 or email manager <at> freshheadies.com

If the pump is making noise but not draining a hose might be obstructed or the belt might be disconnected, missing or broken. If you need a new belt, call us at 1-866-635-8464 and we’ll send one out.

It’s important to make sure your zipper bag is tied closed when you use the machine, so that leaves don’t get sucked into the pump.

There is also an adjustment that can be made inside the machine – the drain control sometimes needs to be moved so that the hook is in the next position.

It’s a bit tricky to maneuver, if anything breaks just give us a call at 1-866-635-8464 and we can send you replacement parts. This isn’t a common problem but it does occur.

How Earned Media Unlocked $2 Million And The US Market For This Eco Company
Feb 27, 2018,04:51pm EST
Kate Harrison Former Contributor

In November, Inc.com ran an article about the coat of the future, featuring the Netherlands-based sustainable apparel company HoodLamb. The company, which was founded in the 1990s, was “the first company to make a winter jacket out of hemp.” Today, they produce over 100 styles of cruelty-free sustainable clothing from organic and recycled materials — and have a built a $2.34 million dollar business. However, it was not until 2017 that they launched in the USA. They learned that successfully selling high-end sustainable clothing in America requires a different approach from selling in Europe. I reached out to the company to learn more about how they have adapted their branding and promotional tactics for the new market. The following are excerpts of my interview with Aisha Thompson, HoodLamb’s global marketing director, and Douglas Mignola, the original founder. 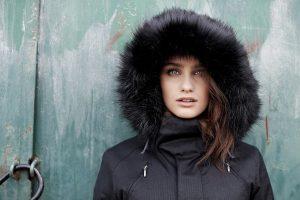 Harrison: Douglas, what inspired you to found HoodLamb and how did you initially position it in the market?

Mignola: Back in 1993, industrial hemp was having resurgence with the popularity of the book “The Emperor Wears No Clothes: Hemp and the Marijuana Conspiracy” by Jack Herer. It was reprinted in German with some additional German hemp history.  This was coupled with pop culture making the hemp leaf the number one used symbol that year. Hemp fever had struck and numerous hemp clothing companies were born — only to die out quickly. The American companies went for the rough/hippy look and the European companies went for what I can only call the “Amish” look.  All of the brands felt that they could enter the clothing market simply by selling the eco aspects of using hemp for clothing. The result was ugly clothing, which shrunk and twisted in the wash.

I was well aware of the eco-aspects of hemp or what I like to call the “PHB”s of hemp” (what does PHB stand for?):

This is why hemp is such a great plant option for so many things, but people want clothing they like to wear — not just because it’s eco-friendly. I decided that to make it in the clothing business, Hoodamb would have to be stylish — and the fact that our clothing is made with hemp is just the icing on the cake. At that time hemp fabric was heavy and not as soft as it is today. Once we started to make our first Hoodlamb jackets, they were an instant hit. We had found our niche and the company took off.

Harrison: Tell me more about how you launched the company and grew it over time.

Thompson: HoodLamb has grown organically since the early 1990s. Douglas is a free-spirited California native and surfer, and built a “tribe” predominantly through word-of-mouth among his like-minded community. Eventually, HoodLamb became a counter-culture brand. Our base in Amsterdam, as a counter-cultural epicenter, spearheaded our growth and development throughout Europe. After success in the EU, we made the decision for a full North American launch in 2017. Until then, we had a niche presence in the US and Canada via early adopters, including dispensaries and vegan lifestyle boutiques. With the rise of the conscious consumer, we opted for full market penetration last year.

Harrison: Bringing a brand to a new country can be daunting. How did you use your time and money to make the launch a success?

Thompson: Although we weren’t fully financially ready, we knew the opportunity was now. We focused our investments in two important areas — customer service and marketing/pr. North American consumers demand a prime shopping experience including everything from help with orders and quick turnaround, to on-point customer service. Our decision to open our own distribution center in California was pivotal to our success here. Having a physical presence in the market, not merely on the web, is absolutely turnkey for brands expecting to grow.

With our full understanding that North America was an aspirational market, we invested in a PR agency to help tell our unique story. Media attention has helped spread our reach and has given us credibility with North American consumers.

Step-by-step, we’ve begun to grow organically in North America. From the early days, we’ve realized that consumers are the greatest marketers, so we made a strategic decision to get this going. It’s hard to pinpoint our exact financial investment here, but we can say with certainty that we played our cards right. The timing of our decision to open a distribution center, and investments in media, have all planted the seeds and given our brand legitimacy essential to our growth.

Harrison: For other European companies looking to launch in the US, how would you describe the difference in the mindset of ethically-minded consumers and the necessary approach/framing to reach them?

Thompson: There is a serious difference between EU and US consumer lifestyles and purchasing habits. Vegan lifestyle, for example, has been around the EU for years but is only now trending in the US. The US is a very aspirational, trend-dictated market. These trends are quickly assimilated by media, celebrities, and pop-culture. We worked with our PR agency to tell our story through trendsetters—namely the fashion media, and fashion influencers. Our goal was to reach a blue ocean of consumers in the US — not just die-hard vegans. Thinking about the larger US population and not just your niche is vital to continued growth and development in the US.

Harrison: Brands often discount the importance of PR. Can you give some examples of how PR worked for Hoodlamb?

Thompson: Our success as a new brand in the US can largely be credited to media and PR. It’s really been that important for us. Positive coverage with fashion authorities including Forbes, Elle Canada, and InStyle, has helped us attain the credibility we needed to even be considered in this saturated market. That coverage has garnered over 183 million impressions in less than one year— a reach we couldn’t possibly have acquired otherwise.

Our PR agency also fostered a partnership with PETA. As the largest animal-rights organization in the world, with over 6.5 million members and supporters, the association with PETA added serious value to our brand and increased our market depth. For World Vegan Day (November 01, 2017) for example, we worked with PETA US’s top influencers to promote HoodLamb and cruelty-free fashion on Instagram — generating over 1 million impressions within two days. We’re also working with PETA on numerous celebrity gifting opportunities throughout the coming year.

The combined force of media and partnerships really put us on the map. Our site traffic has increased by over 200% in our first year.US consumers don’t want to be “sold” They want to feel that they are “in-control and making the purchase decision.” We will continue to focus on growing organically by working strictly with earned media attention (vs paid media), and by playing an active role in our community, with like-minded brands such as PETA.

Harrison: Any other advice for other entrepreneurs?

The Coat of the Future: Bring on the Winter
When the temperature dropped into the 20s, I was prepared, looked great, and lived by my values.
Nov 13, 2017
By Joshua Spodek, Author, ‘Leadership Step by Step’@spodek

A couple years ago on a winter vacation toward the end of my last parka’s life, I saw a beautiful coat. Despite the designer name it was affordable.

But I couldn’t buy it. The triple combination that it was filled with down, the liner was genuine fur, and I had tried on coats before leaving that were just as warm without animal products.

What others do is their business, but I knew for myself I’d have trouble sleeping, having seen too many videos of animal treatment.

The problem: the equally warm coats I’d seen at home didn’t look good. And they were mostly nylon and other plastics that I wasn’t convinced were so benign to the environment.

I don’t remember how I heard of them, but I came across a company called Hemp Hoodlamb. They make their coats from a materials that turns out to be durable and not plastic: hemp.

Not just hemp. The insulation is made of recycled plastic.

I’m a laggard on many technologies and trends. Luckily for me New York’s last winter was mild and I got by with my fall coat. It took me a whole year to decide to try this new coat.

As much as I mentioned my concern about animals and the environment, people can’t see those things. They aren’t how I evaluate a coat in action.

I care about two things:

It’s really warm. As in, laugh at the weather warm, though I may be biased having gone a winter with only a fall coat.

It looks to me mainstream stylish, unlike many vegan, earth-crunchy things (being vegetarian since 1990, I support veganism, but not as a dominant part of my identity).

Since I occasionally voice concerns about poor products and services, I feel responsible to report excellence as well, and Hoodlamb delivered.

For the record, I have no relationship with the company, nor have I communicated with them. I’m just a satisfied customer.

From plant to delivery

Hoodlamb also comprehensively markets their goods with videos showing sourcing and processing the raw materials, the factories and people assembling them, the people behind the company, and so on.

It makes you feel like part of a community.

I don’t miss the down fur coat from vacation that I didn’t buy.

I don’t miss the down fur coat from vacation that I didn’t buy.

Competition and the future

Inc. is about business, not just one company. After buying my coat I found growing competition, including Wully Outerwear and Vaute, here in New York City.

I’m sure there are more, but these three made what appear to be stylish, functional winter coats you don’t have to care about animals or the environment to prefer. Since I do, I consider them the future as much as the electric bicycle.